My Top 10 Favorite SF Books of All Time 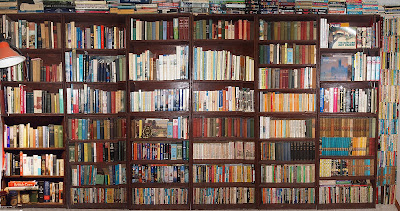 I recently watched a Media Death Cult video on the viewers' favorite books and I have to admit that haven’t read more than one or two of them. Still it got me to thinking about my favorite books of all time. So I racked my memory to come up with a list of my ten favorite SF books. This proved to be rather hard since I've forgotten 97% of them. On the flip side, it means that if I do remember them, and remember really enjoying them -- they're a candidate for the list.

Before I begin, I should note that “all time” is the trick words here. What I’ve done is try to recall what were my favorite books during my nearly sixty years of reading SF, in one era or another. They are not necessarily my favorite SF books today. Indeed, most of them would not even being the running today, since my tastes have evolved over my lifetime. Still, at one time, they were my favorite books and I still recall them fondly because of that.

All but two of the books come from my early years of reading SF in the 1960’s and early 1970’s when I was reading  50 to 100 books a year. This means that most of the books are classic SF. I'm not going to list them in any order, and I’ll save my recent favorite books for last. 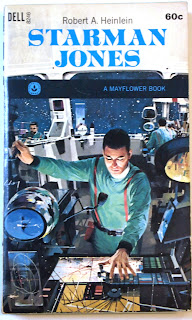 1. Starman Jones, Robert A Heinlein. This is my favorite of Heinlein book. Farm boy with a photographic memory inherits an astro-navigator's books and saves the day when the ship he is serving on gets lost. Or something like that. I think it is my favorite Heinlein because I liked his juveniles the best and this one has just a hint of romance in it that was quickly shut down. Heinlein didn’t do romance in his juveniles. The fact that I can still remember the basic plot of the story is telling since, I can’t say that for most of his juveniles. I reread it in my early 20’s and was surprised at how much of what I remembered wasn’t actually in the book. A testimonial to how much a young reader’s imagination adds to a story. Back in our day, at least, we spend our days making up stories while playing, and this skill lingered on into adolescence. From my records of the period, I can say that I rated it “E” for excellent together with Space Cadet, a book that I have no recollection of.

2. The Star Conquers, Ben Bova. This book is a military SF, story with space battles, and an appealing young hero. Reading the Wikipedia description doesn’t bring back the story for me. I loaned this book to a friend 30 years ago to read to his son, and every time I see him he offers to return it, but since I know I'll not read it again, I tell him to keep it. Still it was a favorite of both of ours. I seem to recall that the sequel, Star Watchman wasn’t as good. I guess he wrote two more in the series years later. Who knew? I rated it a “E” back then. 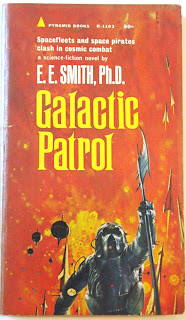 3. Galactic Patrol, E E Smith. The best book, by far, of the Lensmen series. A space opera on a vast scale. I haven’t reread it, and would likely find it too grand and nonsensical for my tastes these days. I made a galactic wargame board game out of it, at the time. Still, its another “E” book in ‘65. 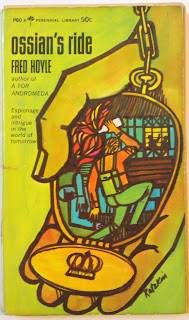 4.Ossian’s Ride, Fred Hoyle. An adventure set in Ireland. A recent graduate is recruited by British secret service as an amateur agent and sent to Ireland to discover the secret of a wildly successful company with amazing technology. It has a lot of hiking around Ireland, and, in a way, foreshadows my appreciation of the books like John Buchan’s 39 Steps which had his hero tramping around Scotland. I recently reread this book for the third time at least, and, indeed, I still enjoyed it. I first read it in 1966, but I wasn’t rating books that year, it seems. 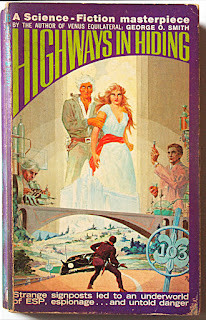 5. Highways in Hiding, George O Smith. To begin with, the version I have has a wonderfully evocative cover by Roy G Krenkel, The story is a mystery story that centers around two opposing secret organization dealing with a deadly disease brought back from space. Road signs are modified by one group to lead people in the know to contact agents. This is another book of travel, thought this time it was road trips around the pre-interstate US. At the time there seemed something romantic about getting into a car and taking to the open roads which appealed to me back in the day. These days, an hour in a car is about all I can take. No contemporary rating for this book either. 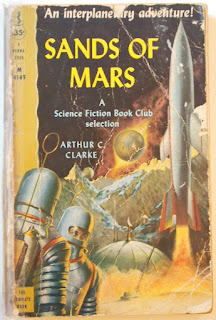 6. Sands of Mars, Arthur C Clarke. I count this as the first adult SF novel I read. How could you not like a book about Mars – a Mars still unexplored by remote spacecraft when I read it. A Mars that anything could go? The hero was a middle aged SF writer visiting Mars that he wrote SF books about early in his career, which seems a strange hero for a young teen. Indeed I find in my records of the time that in 1965 I rated it only a “B” so I guess its memory must’ve aged well. The thing is that I remember it when 97% of the books from that period I have no recollection of at all, That must mean something. Plus, I know I reread it. On the other hand, another Clarke book, Dolphin Island I rated an “E” though I believe it was a juvenile. In any event, I have no recollection of the story. 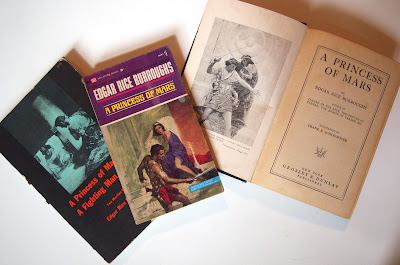 7. A Princess of Mars, Edgar Rice Burroughs. One of my perennial favorites. But even with so much to love about it, there's still so much I wish was better – bigger, fuller, with deeper characters. I’ve reread this book probably four or five times. I read it to the kids at bedtime. In 1971 I rated it ***½, which is a little above average. But like Sands of Mars, it seems to has aged well, and I now consider it the best of ERB's books. Contrast that with his Venus series that I rated “E” back in ‘65, but never have had any interest in rereading. The first three books of Barsoom are one of my favorites for all their flaws. 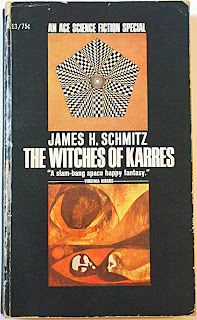 8. The Witches of Karres, James H Schmitz. I’ve read this book several times -- indeed, after pulling it out of the bookshelf for this post, I'm rereading and enjoying it once again. I’m a sucker for stories set on spaceship, and worm weather was such a cool idea. So cool, in fact, that I sort of borrowed it for an episode in my Bright Black Sea. I must have acquired the book prior to 1968 as it is on my inventory for that year, but I have no record of when I read it or my original rating.

The last two entries on this list are recent books (relatively speaking) and are still very much in favor. 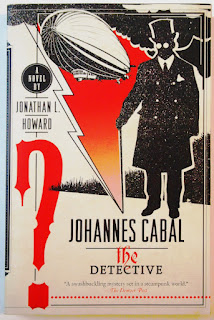 9.Johannes Cabal The Detective, Jonathan L Howard. This is one of my current favorite books. In fact, I just reread it. It is the second book in a series of five featuring the necromance Johannes Cabal, and is my favorite of the series, perhaps because it is a take on an old fashioned detective story and set in a mythical Balkan country, like A Prisoner of Zenda. Howard is one of those British authors with a clever, witty style that I really enjoy reading in my old age. Each book in the series is a little different, with a nod to Lovecraft, plus werewolves, vampires, and the devil himself. Normally these types of stories would not be my cup of tea, but his writing draws me in. 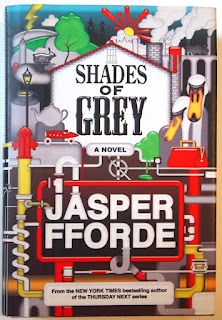 10, Shades of Grey, Jasper Fforde. This is my all time favorite speculative fiction book. In part because of Fforde's writing – cleaver, witty, endlessly imaginative, all of which plays a large part in my enjoyment of the story. It can be read as satire or absurd fiction, which again wouldn’t be my cup of tea, but not only is the writing wonderful, but he still manages to make the narrator and other characters seem like real people in a very unusual world where there is a strict cast system based on the color that they can see. I’ve read this book maybe four times – and will pick it up and read it again. I guess it’s my “comfort read.” Unfortunately its sales did not justify continuing on with the planned trilogy so that, Painting by Numbers, and The Gordini Protocols were never written, leaving so many mysteries left mysteries. The only bright side is that it did not give Fforde the chance to screw it up. I’ve read almost all of his adult novels and while the last two novels written after Shades of Grey were witty and endlessly imaginative, I couldn’t help wishing I was reading the last two books of the series. Life can be cruel.

So those are my nine favorite books. However, as a bonus, while looking up my old ratings for these books in my papers from the era, I found my top 22 book list from the mid-1960's. Heinlein dominated it.

3 Tunnel in the Sky & The Stars are Ours! – Heinlein & Norton

9 Crossroad of Time & Citizen of the Galaxy – Norton & Heinlein

10 Outside the Universe & Raiders from the Rings – Hamilton and Nourse

Posted by Charles Litka at 9:35 PM