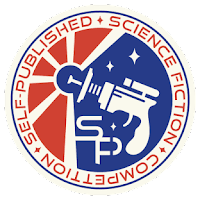 I am likely the least competitive fellow you’ll ever come across. For me, the agony of defeat far exceeds the thrill of victory. Competition produces losers, not winners. Unless you are talking about a one on one competition, competition produces far more losers than winners. Producing losers seems to me to be a rather unrewarding undertaking. Nevertheless, I recently entered a competition.

The competition is the Self Published Science Fiction Contest. Inspired by the fantasy writer Mark Lawrence’s Self Published Fantasy Blog Off, that he has run for the last seven years. The science fiction version of this is being run by Hugh Howey and Duncan Swan for the first time this year. Up to 300 self published science fiction writers can toss one of their books into the ring. These books are divided among 10 teams of readers from 10 blogs. Each team reads 20% or so of all 30 books that they are assigned to read, choosing their top ten to finish reading. From these ten they choose their top 3 books to pass along to all the rest of the readers. These 30 semi-finalist are given a score of 0 (DNF) to 10 by all the readers. The ten top rated books are reviewed on the participating blogs and Goodreads and the book with the highest rating overall wins the competition. The purpose of this contest is to gain some exposure for the authors and their books and hopefully with that, sales. On the fantasy side, several of the finalist have been picked up by traditional publishers.

Avid readers of this blog may recall that in 8th grade I entered a piece of (bad) art in a contest and didn’t win a damn thing. This soured me for life on contests. Still, I think that after 55 years, I have perhaps, outgrown that humiliating defeat. In any event, I feel that any positive exposure this contest might generate is worth risking another such defeat. Free advertising is a shining city on the hill for me. 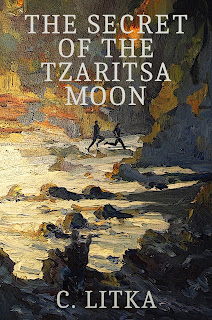 The question then was, which of my books should I enter? My most popular title is The Bright Black Sea, but seeing that it is 700+ pages long, I didn’t think a book that long would’ve been welcomed by the contest judges, so I eliminated that one, along with its sequel, since the rules require the entry to be the first book in a series or a stand alone book. Beneath the Lanterns is my one fantasy(ish) book, and I plan to enter it into the fantasy contest next year, since I missed the deadline this year, so that book is out. I like Sailing to Redoubt a lot, but its SF elements are rather minor, and Some Day Days contains my earliest work, and its not very SF-ee either. That left A Summer in Amber and The Secret of the Tzaritsa Moon to choose from.

It was a hard choice. I’d like to think that I’ve gotten better at writing as the years have gone along, so that Tzaritsa Moon should be a technically better written book than A Summer in Amber, which was my first published piece. However, Tzaritsa Moon is half the length of A Summer in Amber at just under 65,000 words, and while it was a fun piece to write, and hopefully a fun piece to read, I consider it light reading. While the word count is well within the novel range, I consider it more of “a story.” A Summer in Amber, on the other hand, is not only twice a long, but it has a lot more going on within the story. I consider it a novel. And I while I try not to pick my favorites among my books – that summer in Scotland is almost real to me. So I was left with a decision – should I chose a hopefully better written story or an older, but a richer novel? 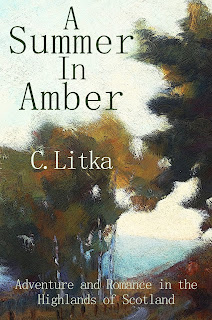 I opted for the richer novel – A Summer in Amber. I think that it will stand out among the contestants, for better or worse, whereas The Secret of the Tzaritsa Moon would’ve been just another short, self-published SF novel.

The blog that will be making the initial determination for my story is Fantasy Faction blog. As of this posting, A Summer in Amber sits in a quantum state – it can advance or be eliminated. If I’m lucky and it somehow avoids being cut early, I may not find out its fate for month. But its fate could be decided in only a few weeks. Stay tuned.

Posted by Charles Litka at 5:32 PM