A Summer in Amber

You can download A Summer in Amber for FREE here:

iBooks: Is now available in the iBook app


(A Mobi version which can be side loaded on to your kindle is available from Smashwords.com for free if the American Amazon store is not available to you.) 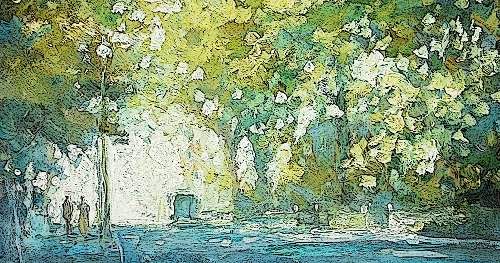 Below is the map of the fictional Glen Lonon and Maig Glen to help envision what's going on where. You should be able to click on it and download and print it out it if you want. With some detective work you should be able to track down the actual "Glen Lonon and Maig Glen" on google maps and with "streetview" view the glens from the main road. It might look a little different, after the neglect of the Storm years   – more over grown and wilder with most of the cottages along the way abandoned. You can download and print out the map if you care to. 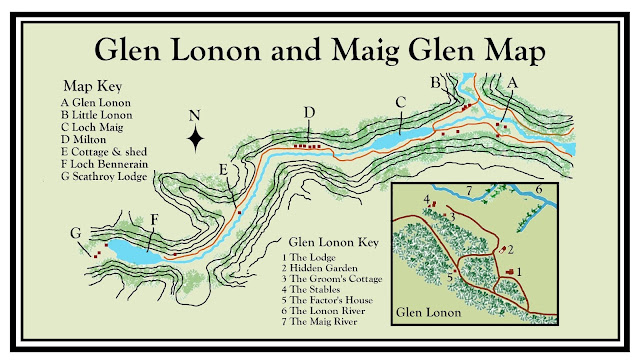 The Storm Years are the defining historical incident of the story. They created the world the story is set in. The first of the solar storms arrived 36 years prior to the story. I didn't go into too much about just what are solar storms, so below are two articles that go into the phenomena in greater depth

The short version is that the sun can send out something called a "coronal mass", made up of huge quantities of matter and radiation, which if it should strike the earth causes a geomagnetic storm which affects the earth's magnetic field which in turn can cause power surges in long electrical power lines, buried pipe lines and such. If strong enough, these power surges can knock whole power grids off line. In 1989 a geomagnetic storm left Quebec Province without power for 9 hours. The most powerful geomagnetic storm is known as the "Carrington event" which happened in 1859. Aurorae were seen around the world, bright enough in some locations to read the newspaper by. In addition, telegraph systems failed as the wires collected the geomagnetic energy, causing sparks to fly from pylons, some reported fires, and some operators could send signals with the batteries disconnected. If it happened today, it's estimated that it could cost from .6 to 2.6 Trillion dollars of damage in the United States alone. One such storm missed the earth in 2012 by not all that much.

For the purpose of the story, the sun grows very active, with massive coronal mass events and the resulting geomagnetic storms which result in a series of these storms that have continued since the first ones which initially caused the hi-tech countries of the world to slide into chaos.

These first storms destroyed the power grids of the world. They were also strong enough that circuit boards in many computers, cell phones and other electronics collected enough energy to fry delicate components, rendering them useless. I also envision these storms disrupting radio, TV and cell phone transmissions, making them unreliable services. Satellites, for GPS, TV and communications, weather, etc have also been put out of action by these storms.

The social order broke down as the mechanism of modern society became unusable, for there was simply no place left unaffected which could offer relief to the affected areas.

For the purpose of the story, I imagined that the resulting chaos gradually stabilized in England over the course of five years during which the population may have fallen by 25% due to starvation, illness and exposure to the elements, as well as a bit of violence. Other parts of the world may have faired better – if they weren't as "developed" while still others fared worse, especially areas that did not have a 19th century or earlier infrastructure and social institutions in place to fall back on.

I pictured Europe and the British Isles (and much of Asia) re-converting their housing to an 19th century standard – re-opening chimneys, opening coal mines and growing crops close to the much less populated cities could be fed. I also pictured society becoming much more local, falling back on 19th or 18th century ways, with the landed gentry taking the lead in preserving order, food and shelter. By the time of the story, England had emerged from this fall back position and now was at a point of equilibrium – using both modern technology, like solar panels to power house, and 19th century technology like steam engines and horse carts, and locally farmed food. Radios, TVs and cell phones are still unable to operate reliably, so all this data is carried on glass fiber land lines over great distances and into houses and offices were it can be accessed by wi-fi. Wi-fi hot spots are like the old phone booths, allowing you to jump on the fiber optic lines to make calls, view TV or the internet when you're within wi-fi distance.

In a way this is a mirror image of a steampunk story, in that instead of imagining modern inventions in the Victorian era, I have Victorian life superimposed on the 21st century. And in a way it's just a nostalgic trip back to my dimly remembered youth, which while not in England, has some rural memories where that old fashioned life still lingered. To get a feel for life in England after the Storm, you can go hark back to the first half of the last century, and I've included some links to short movies that document that era below:

First is the link to the the complete collection of these old time English film series:
http://film.britishcouncil.org/british-council-film-collection

The second describes small time life, which in post-Storm England is once more is a very common way of life.
http://film.britishcouncil.org/country-town

The third link is to a film on a market town, which give one the idea of the markets described in this book
http://film.britishcouncil.org/market-town

I use the term "watson" to describe what could be considered a super-cell phone. A single multi-purpose device that is a phone, a computer, a camera, and micro-projector, and what ever else may be added to it by adding "pages" like adding pages to a ring binder. It is every digital devise you may have, carried in your pocket. It is rugged, water proof and shielded from the effects of the solar storms. (From a song by Angus and Julia Stone called "Mango Tree" in which Angus seems to sing "Call up your watson" which I seemed to translate as "Call (you) up on your watson," the watson being slang for a cell phone. I don't believe that's the actual lyrics.)

I think I covered that pretty clearly in the text. The storms have disrupted the atmosphere and it now allows more UV radiation to reach the surface. People have to cover their skin in order to avoid sun burn and other, longer range effects. Many people have adopted pre-technology fashions as a way of rejecting the modern world that made them so vulnerable to the solar storms.  Below is a link to some very early movies that show people at the turn of the century wearing this type of clothing. They also show the horse drawn wagons and carriages that are common in the post-Storm England & Scotland of the story.

Posted by Charles Litka at 11:13 AM No comments: