Since I'm not writing... 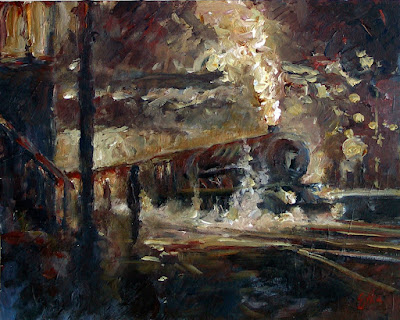 ...What am I doing to pass the time? Well, I’m touring the world – virtually – from the cab of trains. There are many, many ways of wasting time, and I suppose watching videos taken from the driver’s cab of trains on YouTube is one rather strange way. But I think it is better than playing solitaire on the computer. That, at any rate, is my story, and I’m sticking with it.

I’ve only discovered the joys of train driving, oh, about three months ago or so. And yet, I can’t remember how I came to discover the addictive joy of watching the countryside – or the embankments, trees, or tunnels, flow by. I think I watched a video on British steam trains, and that led to another, and eventually to train rides across Great Britain. You might be amazed at how many such rides have been recorded, and in these days, in 4K by GoPro cameras.

As I said, it is strangely addictive – the rails always stretching on ahead, and you never know what the next bend will reveal. I’ve also be come quite the expert at reading the signals that control the trains that run so frequently.

As I said, I started in Britain, and below is the map of the British Rail System, with the routes in yellow being the ones that I have traveled in the driver’s cab. I have to say that some parts of England are rather murky… But perhaps that is due to the age of the video and the cameras used… 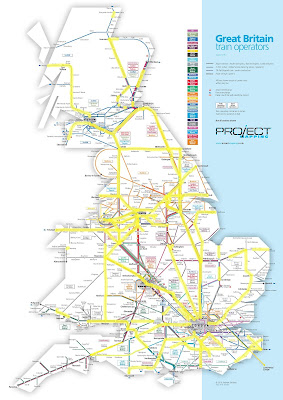 I think that I may have traveled every route currently available to be viewed. But you never know what might turn up on my YouTube home page..

If you are interested in seeing Britain by train, the YouTube channel to start with is Don Coffey’s:
https://www.youtube.com/channel/UC8LH7xMAyCSqpClAvTHwJRw/videos

There are others that cover more than the English midlands, but his are high quality and include a lot of interesting information on the Victorian Engineering that went into making the British rail system, and how it works.

After covering all of Britain that I could, I moved on to Switzerland. As you can see from the map below, I’ve seen a lot of Switzerland. Even without taking into account the Alps, Switzerland and its rail system is very different than Britain’s. It is a much smaller system, and without all the Victorian era overhead that British rail has to deal with, it seems a much more modern system. And some of the videos of trains in the Alps are breathtaking, even if you’re not addicted to cab ride videos. 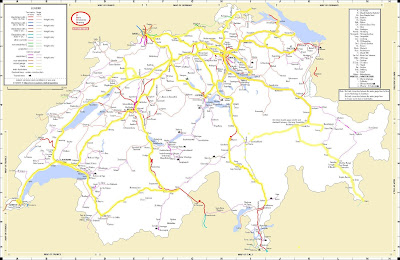 I did ride on several French and German high speed trains and one Swedish train. There do not seem to be many German train rides*, but I will have to return to France some day.

*Update: I have found a really nice channel of lots of cab rides through Germany, here:
https://www.youtube.com/user/747AnanasBoeing747/videos

There are a lot of cab ride videos on Norwegian trains, which you can find here: https://www.youtube.com/user/HinduCowGirl/videos
I have only briefly sampled one. The reason I have not explored Norway more is that because of all the mountains, there are many, many, tunnels needed to run trains through that breathtaking countryside. At least that was my impression based on my one trip that there. It seemed that there were more tunnels than breathtaking views. (Tunnels are pretty boring.) I’ll have to return some day to see it that is true on all the trips.

Anyway, now I’ve move on to a very different country: Japan. Japan has plenty of mountains and breathtaking views, but it is also very different as well. At least in the south of Japan, you are rarely out of a city/town/village unless you are in some narrow mountain pass. It is interesting to see all the cultural differences between these countries that you can note even from the front window of a train.

I have a lot of places yet to visit, as you can see from my map below. Many of them are on slow commuter trains, but you get to enjoy the cherry blossoms that abound in the spring. I don't think there are any videos from the cabs of Japan's highspeed trains, but I have a feeling they's be pretty boring, as they generally run straight -- through hills and over valleys and have walls on each side. Luckily I can cut and paste the Japanese descriptions into Google Translate to get an idea of where I’m going. 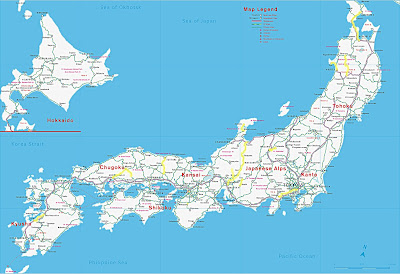 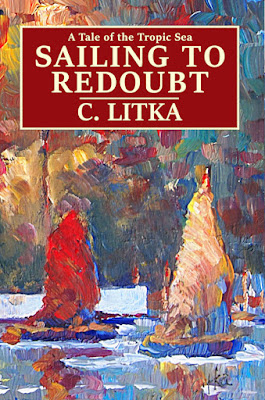 ...Sailing to Redoubt is now $.99 in Amazon.com's store. Apparently they have decided to stop price matching Sailing to Redoubt's $.00 price in all the other ebook stores. I need to put a list price on my books in Amazon, and they then have the option to match their competitor's prices, or not. I guess they're trying to see if they can make a little money off of my work. Good luck with that! We'll see how long this lasts.
Posted by Charles Litka at 2:43 PM No comments: