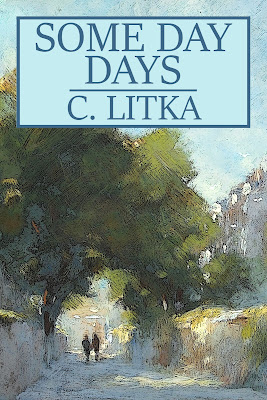 I have finished rereading and slightly revising Act One of the Hugh Gallagher memoir/romance/saga, Some Day Days. The revised version, number 3, is now available wherever fine ebooks are sold.

It seems that I've been writing stories off and on almost all my life. Recently, going through some old boxes in the attic, I was surprised to discover a whole stash of handwritten stories I'd written during my 6th thru 8th grade years. I'd forgotten all about them – I have a very poor memory of my life. I also have several typewritten manuscripts on a shelf from my 20's – a fantasy novel, a science fiction novella, and at least one short story – and their rejections slips. From my 30's I also discovered extensive notes from a planned novel about a weapon that could destroy IBMs in space – a cold war s-f novel. From my 40's I have the manuscript of a young adult adventure story set in Scotland. I had written it on a X88 computer – a little laptop device from England – and printed it out on a dot matrix printer, a step up from a typewriter. In my mid-50's I took up writing again as a challenge. This time a full fledged computer made things a lot easier, and I wrote the long short story, Kiss of the White Witch. This turned out to be piece one of the continuing Gallagher stories that evolved into Some Day Days (A Romance in an Undetermined Number of Pieces). I ended up writing 12 pieces, a mere a quarter of the pieces I'd imagined while daydreaming up the complete story of Gallagher's wooing of Selina Beri in my head.

The pieces of Some Day Days were the first efforts of my late life writing, and it probably shows. Still, I took an idea, made it into a story, and then put it into words, the hard part. Irregardless of the quality, this is an accomplishment not to be sniffed at. And it opened the door to writing more stories, allowing me to fulfill a long held ambition to be a science fiction writer. And as such, it plays an important part in my development as a writer. I'd like to think I gotten better at writing as I've gone along, but even so, I feel that Some Day Days while, far from perfect, is good enough to see the light of publication. And while it is the least downloaded and likely least liked of my books, and probably not unfairly, I am, nevertheless, quite fond of it.

Once again, I made only minor changes to make it read a little more smoothly, and fixed some misspellings. One thing I couldn't find a way to fix was the curious case of two different types of apostrophes, a curly one, and a straight one. I don't know where the curly ones came from, but even switching fonts back and forth failed to eliminate them. No doubt an artifact of a long obsolete version of OpenOffice on a Mac. I also updated its blub, which was long overdue. It seems that I'd not touched it since I first put it up in 2015, since it was still advertising the fall 2015 release of Planets of Call, my original title for The Bright Black Sea.

Other than rereading my old stories, I'm still struggling to find a story to write for 2018. I've ideas, but no stories that I can get enthusiastic about. And without a publishing contract to flog me to work, I need to be enthusiastic about a story to sit down and get to work on it.

Posted by Charles Litka at 1:42 PM No comments: 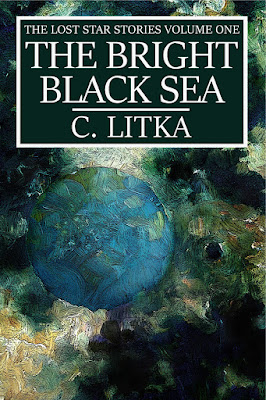 I've reread, revised, and released version 5 of The Bright Black Sea. I make no claims to being a proofreader, especially of my own work. I tend to read what I expect to read, and when it comes to my own work, I pretty much know what I'll find, (whether it's there or not) so I don't look all that closely. That said, I did add a lot of Oxford commas, broke up some run-on sentences, added a few words here and there to make it read smoother. I also eliminated a few words and some lines that even I couldn't make head or tails out of. Along the way I corrected a the few misspellings (i.e. Strata is the plural of stratum, not “stratums” – go figure) and generally conformed to what my spell checker wanted. (For example, it doesn't like “onboard,” which is a perfectly good word. I changed it to “on board” just to make it happy.)

In addition to his housekeeping, I did some minor revisions. I made the opening a little sharper. I always felt that it was rather awkwardly written. I rewrote the scene where I introduced Botts. I had written it before I had any idea what I was going to do with Botts, so with the advantage of 20/20 hindsight, I wrote what I think is a much smoother scene. I papered over several minor plot holes – not because they were all that important, but because I hate plot holes, especially my own. And I added a little bit of explanations here and there. Again, nothing to write home about. I hate reading blurbs that give half the story away, so I avoid outlining my plots in the blurbs, and since I don't know if you've read the story or not, I'm going into the details of the plot holes or revisions. If you're curious, drop me a line.

All in all, I was happy with what I found when I read through the story again. I believe it has been a year since I last read it – but this time was a bit different – I've written a lot more words since then, and I've gotten Litang's story to its ending, so I was able to look on it as the final product. Of course, it is what it is, and nothing I did changed that. But when you go back and read something that you started writing four or five years ago, it can be rather iffy. You could well discover something that you'd not want to be found dead in a ditch with. The Bright Black Sea has its flaws, but I think it is a story I can be proud of. So, if you haven't gotten around to reading the story yet, or if you ever want to reread it again, make sure you have version 5. It's free, as always.
Posted by Charles Litka at 6:58 PM No comments:

A Hole in the Day

For the better part of the last four or more years, I've spent some two hours a day writing, revising, or working on covers, blurbs, etc. Some days I reached a good breaking point 1 ½ hour in. On others, when things are going well, I might work 2 ½ hours. I do most of my writing the first thing in the morning, getting my work done by 10 o'clock for a cup of tea and some sweets. Some days, when in the heat of creation, I'd put an hour or two work in the evening as well. It is amazing how fast time flies by when you're writing. Now, this is not a whole lot of time in a day, but I find that with no story in hand to work on, there is a noticeable hollow in my day that I need to fill. Since I can't conjure up a story with a snap of my fingers – I've had to find other projects to work on to fill that hollow.

The first project has been rereading, and slightly revising A Summer in Amber. Mostly it involved filing off a few rough edges, and touching up a few clunky lines – adding or subtracting a few words, adding commas, breaking up long, rambling sentences, and correcting a few mistakes that I found. I did however, rewrite one scene, the scene on the hill after the Gate opens. I was never happy with it, but in the end, I rather gave up on it. I've now taken the opportunity to streamlined it, making it read clearer and more logically. I also slightly touched up the opening and ending.

Version 5 (12 August 2017) is now the newest, best, and, hopefully, the last version. It is now available from all the usual suspects. If you have downloaded earlier versions are are now just thinking of reading it, I would urge you to download this version. The changes are relatively minor, but it is a better, and likely the definitive version of the story.

With A Summer in Amber done, I've now started rereading The Bright Black Sea. Again, my object is to make it read just a little better. Besides more commas, and shorter, clearer sentences, I find that I'm adding words here and there – I guess I was writing rather telegraphically back then. In any event, the changes will be minor. My attitude is that it is what it is and my goal is to make it read a little smoother. Sometimes you wonder just what you wrote, and rather fear finding out. The Bright Black Sea goes back far enough that I wasn't so sure what I'd find. In rereading it, I find that it isn't all that bad. I know it begins slow, and has a fair amount of not strictly necessary details, but I'm comfortable with that. Still, having spent so much time going over and over it when I wrote it, it is hard to tell how it reads to someone for the first time. But when all is said and done, it is what it is, and I can't change it beyond soothing it out a bit. Look for this slightly improved Version 5 of The Bright Black Sea in the coming weeks.


No doubt Some Day Days will get its read through as well. Hopefully after that, I'll have a story (or two) in mind to fill my days.
Posted by Charles Litka at 7:45 PM No comments:

A Summer in Amber Version 5 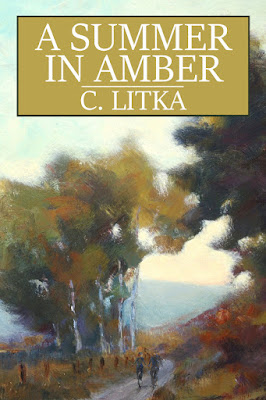 While I was making the corrections to A Summer in Amber, I was sort of dismayed by some of the passages I read. I think I could now do better. I'm tempted to read through the story again and smooth out some of the most awkward passages. The only problem is that I don't trust myself not to add about a 100 typos to the book in the process, no matter how careful I am. I seem to be blind to typos. We'll see how bold and ambitious I am in the coming months.

Which brings us to the next book. So far I've not stumbled on any new story to tell, so it's hanging fire. I've had several ideas for characters, locale and such, but no story to tell. I'd like to do something different if only to see if I can attract a different set of readers. A fantasy is possible, but I'm not really fond of fantasies -- at least those with magic and some vast, frightening evil that must be defeated, sometime within the first dozen or so books -- which is to say, most fantasies. I'm thinking of something set in a bit more modern world, likely without magic, which may not make it a fantasy at all. We'll see.

Posted by Charles Litka at 6:32 PM No comments: