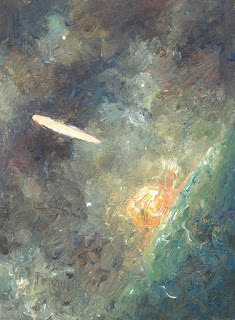 I've just about finished my second final read through of Ghosts of the Lost Star, part three of The Bright Black Sea and I find that, like the last time, I'm still hoping that the next final read through will be the final read though. I'll always find words to change and sentences to rearrange no matter how many times I read through something I've written, but when I start adding whole paragraphs and changing the how things play out, which has been the case in the first two final reads I know I'm not finished. I need to read everything I write at least twice, with a break in between, to have confidence in what I've written, so I'll have to go over everything at least one more time to make sure the new additions work. I'm under no deadline, but I'd like to clear my desk so that I can turn to something new. I'm looking at an early September release date now. The fist two parts are done and proof read, so it's only this last 1/3 of the novel that needs to be finished and proof read.

I began this project with the idea of writing a serial adventure – a closely linked series of short stories set aboard an interplanetary tramp freighter. I thought I'd do all sorts of different types of stories within the series – adventures, mysteries, humor, even the supernatural – within this format. However, that plan ran on the rocks rather quickly. First because I'm only getting up steam when I pass the 10K word mark, so short stories became novellas. And then there's the fact that I've come to realize that I'm not really page-turning thriller type of writer. You want cliffhangers in serials, which means you cut the story off 3/4 of the way through and include the last 1/4 in the next installment. Not really the type of writing, or reading, I care to do. And then there was the opened ended nature of a serial – never knowing where it's going and always having to come up with a new story to keep it going – which made me uncomfortable. I'd this fear that I'd run out of ideas and leave the story just hanging. Orphaned. So I felt that before I could consider publishing it, I needed to write a stockpile of stories just tide me over if I should run dry. I wrote the first five sections which ended with a good break point, so I decided to lump them together and launch the series with one 104K word novel. But then, of course, I still needed a backlog, so I started on the second volume... and halfway through that, I discovered how it all ended, and so, I decided, what the heck, I'd just write the whole story and publish it as one long novel.

I ended up writing it in three volumes, The Captain of the Lost Star, Drifting to Despar, and The Ghosts of the Lost Star. They make up one 320K word novel that goes under the title of The Bright Black Sea. Each volume had an end point that would've allowed them to stand on their own as part of a series, but since I'm not in the business of writing or publishing so there is no commercial reason to do this. I'll just make it simple and publish all three parts together as the novel they're meant to be.

First off, I would like to thank everyone who has taken the time to comment on my work. I appreciate both your kind words and your criticisms. I have and will continue to address the concerns expressed by issuing revised copies as errors are pointed out to me, and, I assure you, I will never again make a major revision after the work has been proof read, like I did with A Summer in Amber. I'm not to be trusted to read my own work. In any event, thanks again for taking the time to write.

In the last dozen years I've sold and displayed my paintings, and I have always enjoyed the interaction I've had with my customers and the viewers of my art. (Which can be found here: http://litka.deviantart.com/) And I certainly welcome your comments on my writing as well.

There are several ways you can communicate with me. You can leave comments on these blog pages. I check in ever couple of days, and will respond to all comments.

Or if you want to drop me a line by email, I can be reached at: cmlitka@gmail.com
I'm looking forward to hearing from you.


Posted by Charles Litka at 7:51 AM No comments:

Coming up next: The Bright Black Sea

I am looking to publish my rather sprawling (320K word) space opera The Bright Black Sea Sept 2015 timeframe. I've written it in three volumes, and two are complete and proof read. I have to give the third volume one last read, again. I'm hoping it will go better than the last last read through. I ended up making way too many changes to consider it a final version. Hopefully this time it will be just fine tuning.

Once I sign off on it, it'll be proof read and ready for publication. And with that, I'll have cleared my desk of six years of writing projects, and will have to decide what, if anything, I want to write next.

I'll have more about The Bright Black Sea in the coming weeks. But for now, here's the cover. I'm keeping a standard look and feel for my covers. I've picked this style for two reason – I can do it all myself, and it looks rather old-fashioned, matching the type of books I write. 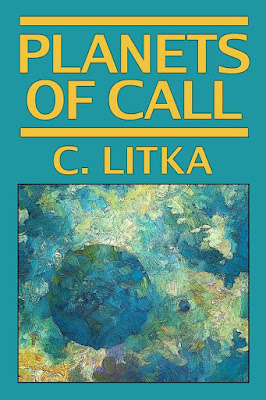 Note: The above cover was the first design with one of the titles I've been toying with. I've had a devil of a time coming up with the title. Below is the current cover of The Bright Black Sea 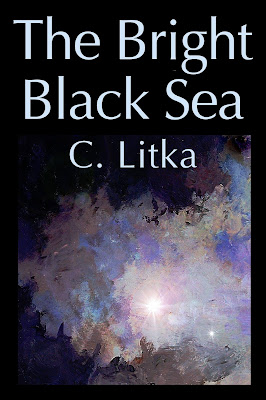 Posted by Charles Litka at 8:17 PM No comments:

Some Day Days is Now Available

Some Day Days, is now available (10 July 2015) as an ebook at Smashwords. com for FREE in a variety of formats and at Amazon for $.99. Within a week or so, it should also be available as an ebook from iBooks, Barnes & Noble, and Kobo for FREE. After that, I'll inform Amazon that they're being undersold, and I would hope they will discount Some Day Days by 100% and sell if for FREE


Posted by Charles Litka at 7:52 PM No comments:

"Some Day Days" Ready to Go

Just a quick update. I will be publishing Some Day Days on 9 July 2015 at Smashwords.com and Amazon.

The Smashwords edition will be FREE from the get-go. Amazon requires a minimum $.99 price, however, they will, at their discretion match the price of their competitors. They did that for A Summer in Amber, but only in the U.S. store, and only after I call to their attention the fact that iBooks, Barnes & Noble and Kobo were offering it for FREE. This process may take a week or two, since it takes about a week for iBooks, B&N, and Kobo to get copies from Smashwords. However, Smashwords will have a FREE Mobi version of the book which can be side-loaded to a Kindle, if you can't wait until Amazon reduces the price or live outside the U.S. My attitude is that I'm sharing not selling my work, but Amazon reaches too many readers to pass up. At $.99 I don't think I'm ripping anyone off, but I'd rather have people read and enjoy my work than make a few cents I don't need.

I should also note that I've made a small change to the title. It's now Some Day Days, rather than Someday Days. Apparently the compound word "someday" is not universally accepted as a word. Go figure. English is so logical and uniform, it's startling to bump up against something that's still ill defined like that. And just to be clear, I'm being sarcastic. Nevertheless, (Can you believe that's an official word and "atleast" isn't?) Some Day Days might be a little bit more descriptive, more evocative, than Someday Days, though it looks rather odd. But then, maybe an odd looking title is a plus. Who knows?  It's Some Day Days. We're playing it safe. 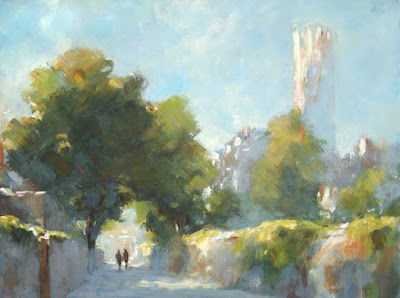 Posted by Charles Litka at 11:10 AM No comments: