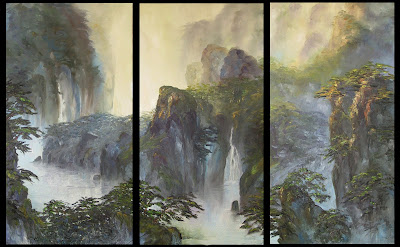 As planned, I took most of the summer off from writing fiction. Summer is too fleeting to be stuck inside writing when it’s warm and daylight lingers. Once the weather gets cold and the days get short, I’ll be spending most of my time inside, and I can only play so many Microsoft solitaire games… Well, it’s September now, and while summer lingers on, it is time to ramp up writing.

As I may’ve mentioned in a previous post, I want to write a longer, more ambitious story than the last five of my stories, but alas, I haven’t come up with one yet. I tried. When I picture it, I see a vast white space – the story – with a little colorful dot – the characters and a locale. And that’s about it.

However, with the need to write, I’m going to start writing the sequel to Keiree as a stopgap project with the working title of Sian. Keiree was always intended to be the opening act of a novel length story, so I might as well get that project completed. Plus I need to get Gy Mons and Molly to a better place. I do have a story roughed in that takes them back to the locale of Gy’s birthplace – a throwback dissenting society (and now an independent nation) based on an ancient Asian culture  – where he hopes to find shelter from all the haunting memories of his all too recent life with Keiree and the familiar but eerily altered Mars that he finds himself in. I don’t know how long the story will turn out to be – it’s pretty vague in the middle – but even it ends up as a novella, when combined with Keiree it would make for a novel length book. A combined Keiree and Sian would be long enough to publish as an omnibus paper book, tentatively titled Molly, Mons, & Mars, which is my goal.

With nothing beyond Sian, I’m in no rush to finish this book. I’ll put in my time each day, but, as always, I have no daily word count target to meet – and it’s going slow. My vague target release date is, well, let’s say, first quarter 2022. We’ll see how it goes.

Posted by Charles Litka at 7:11 AM