Origin Stories -- Beneath the Lanterns Part One

First, a bit of background. I spent over two year writing The Lost Star’s Sea, and it got to be somewhat of a grind finishing it. I vowed never again to write something that long. And I vowed never again to write a sequel to a book that sold less then several tens of thousands of copies. (I have since broken that vow, but it was a case of “any port in a storm,” I needed to write something...) Sequels appeal only to readers of the previous volumes, and not all of them, while with a new, standalone book, you start fresh, so anything can happen, including lightning striking.

So after The Lost Star’s Sea, I wanted to do something new, to appeal to a different, and wider readership. I felt that a fantasy that might attract new readers. Plus, fantasy had a significantly larger readership than that of SF. However, this plan, faced one significant issue – I don’t like fantasy, much. I do have fantasy books on my shelves that I’ve read and enjoyed, but these days, fantasies have pretty much fallen out of favor with me. 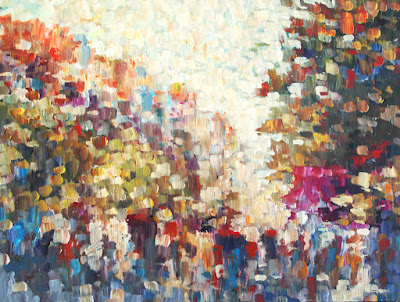 I don’t like many of fantasy’s most common tropes. I don’t like magic, and I’m not sure why. Perhaps because with magic, anything goes. A writer can do anything in a story, it’s “magic” after all. Cause and effect need not apply. And then, there’s Evil, with a capital “E.” That unstoppable force of darkness that threatens the world because that’s what Evil always does. No motive necessary. And it is never defeated, for at least for as long as the publisher buys the stories. Nor am I fond of the other capital “E” fantasy trope, Epics. I like more personal stories. And I don’t like war stories – its a cheap, redi-built conflict, and especially those that glory in gore. And then we have the rivals to the throne trope, which is oh, so very common. And yet, I still wanted to write a fantasy.

But if I left out all the tropes that I didn’t like, did I have anything left to write a fantasy with?

The answer is probably no, but I did it anyway. Sort of.

What I did was write a speculative fiction book instead of a fantasy – in my mind. To make it a fantasy, I set the story in a post-SF world with the remnants of this SF world shrouded in mystery and legends. There is no magic in the story, though some unexplained SF elements pass a magic. There is no over arching Evil, only powerful people who are ruthlessly working to achieve a peaceful future for their kingdoms, despite the objections of their pawns in the game. It is not an epic, but rather one of my typical story about people caught up in the gears of statecraft, whose main concern is personal survival. It doesn’t involve a war. Indeed, indeed, I took delight in writing an adventure story featuring a swashbuckling character who drew her sword only once in the story, and none of the characters dies. In essence I wrote an anti-fantasy fantasy, and had fun doing it. 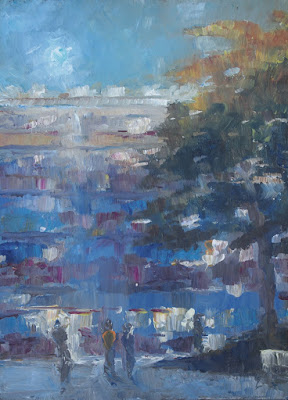 For the speculative fiction elements, I could’ve started anywhere, but I chose to set it in the same “universe” of the Nine Star Nebula – tens of thousands of years in the future where humankind is sending out slower than light colony fleets to populate planets identified by robotic explores a suitable for human life. I set it on a world that has been terraformed for human life in this universe. If humans exist tens of thousands of years in our future, I doubt that they are much like us, but I didn’t care to explore their differences, nor try to make them relatable, so that we have today’s humans as our heroes. In itself that’s a fantasy. By setting the story in this common universe, I could use all the ideas I developed in the Lost Star Stories, at least for the legends of the Elder Civilization. But since that advanced civilization had mysteriously collapsed, I could set the story in a much more fantasy like setting.

I didn’t want to write a Tolkien-est type of fantasy, so I pictured China at the turn of the last century as my model. This would allow for a mix of the old and new ways with the introduction of industrial inventions like railroad and such to give it a distinct flavor. I then littered this landscape and history with the remnants of the Elders – some of them obvious, others not so much. 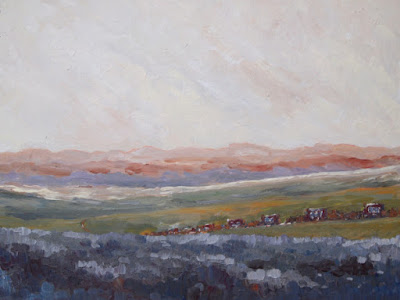 Making it part of my existing universe had pluses and minuses, which I’ll explore in part two of the origins of Beneath the Lanterns. What I want to close with, is a sort of a cautionary tale. As I said at the beginning of this post, I knew that fantasy outsold SF, which was one of the reasons I decided to write a fantasy. (Other than just for the hell of it.) But only after I had written the story did I find out that I had completely misunderstood the fantasy market. (Not that it really matters.)

As you can see from the chart below, the fantasy genre is dominated by Paranormal & Urban fantasy, i.e. vampires and werewolves. If you spin that category into its own genre – which is certainly imaginable since it has, I would imagine, a very specific readership – and you’re left with a Fantasy audience that is probably not much bigger than SF. And thus, nullified my initial premise for writing a fantasy. And then, when you consider that epic fantasy came in second, and I wasn’t writing a million word, multi-volume epic, I was probably chasing a smaller market than SF with my book. 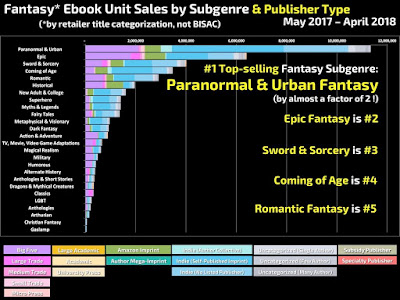 You also have to take into account that Smashwords and Amazon have only so many different sub-genre categories. The only category that I could honestly list Beneath the Lanterns was in “Action and Adventure” and it seems that action and adventure stories are more popular in SF than in fantasy. So instead of chasing a larger market, it seems that I was chasing a smaller one – though in the end, I listed the book in both. Still, the best laid plans…

For some reason Blogger is linking all the captions to the first illustration, and every time I wanted to add a caption, I lost the image. So here are the captions from top to bottom. The First is my  first version of  the Reed Bank Street, Azera in a very impressionistic style that I was playing around with at the time. The second is another version of the scene in the same style. I used part of this one for one of the covers -- I have never much liked my Beneath the Lantern covers. The next one down is Birdsong Square in a similar style. Then there is a scene of the caravan to Treafara that I did as a potential cover. And finally the graph from the Data Guy's 2018 Nebula Award  presentation  http://authorearnings.com/sfwa2018/  And below is another version of a caravan painting 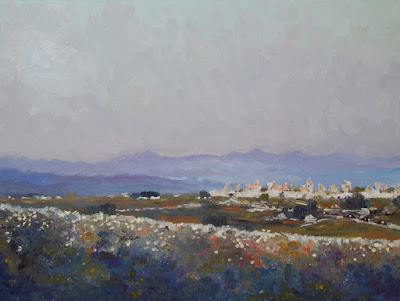 Posted by Charles Litka at 8:05 AM