My Library -- Travels in Time 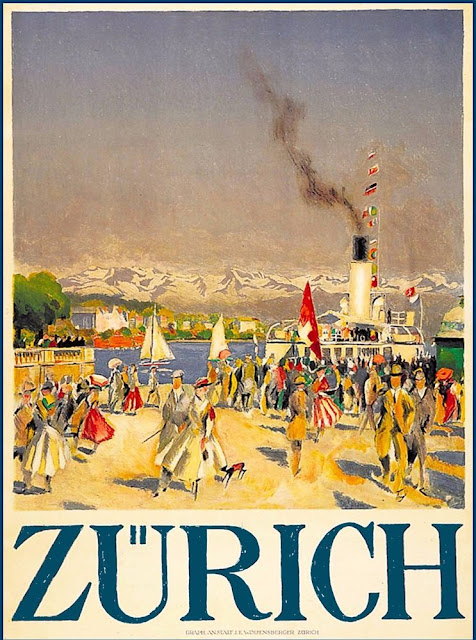 I thought I'd take a break from talking about musty old speculative fiction books from half a century ago, to talk about my small collection of musty old travel guides, from 80 to over a 100 years ago. Thirty or forty years ago, if I came across an old travel guide like the ones pictured above, and it was cheap enough, I’d pick it up.

I think maps are cool, and these books had tons of them, making them well worth a dollar or two just for all the maps that came with them. The Blue Guide to Switzerland alone had some 78 maps, many of them in full color. Below are just two of the many foldout maps found in these guides. The top one is of London, and the bottom one is of Paris. 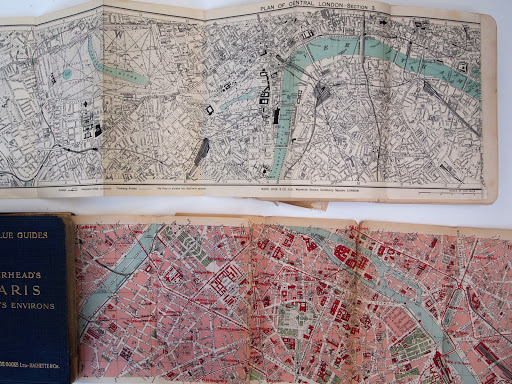 In addition to maps, the books offered a wealth of information, including short histories of the country or city that were the subject of the books, guides to all the various monuments, and extensive lists of other books about their subject matter. The later books also include photographs of the sights described in great detail in the text.

Of even more interest to someone interested in life in the past, is all the everyday information they provided to help the tourist navigate a foreign land. This sort of information can be found at the beginning of the books, under the title of “Practical Information.” For example, A Satchel Guide to Europe, offered information on such things as, Planning the Tour, Selecting One’s Steamship, Clothing and Accessories, Money, and the comparative value of US vs European money, Cost of the Tour, luggage, passports… and the list goes on, including motoring, cycling, and travel by air (in 1928). Guides to single countries and cities would include information on railways, steamers, motor-buses, with typical prices, guides to tips, etc. And, as an extra bonus, most of them included ads for hotels, clothing, insurance, and books, that will take you away to a distant land, far, far ago.

And finally there are the notations one fines on old, secondhand books. 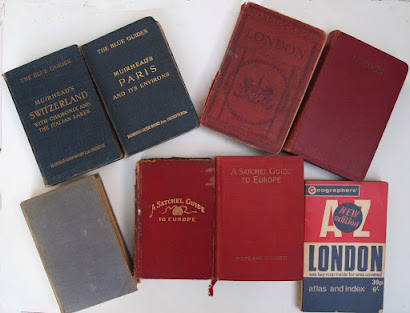 Pictured above are the books in my collection. Left to right, top to bottom.

The Blue Guides – Murihead’s Paris and its Environs Published by Macmillian & Co, LTD London, and Librairie Hachette, Paris. 1921 (Date written in the book in ink, “Aug 19 -1922” and in pencil, “Hotel Meurice Mrs ITH Scort” or something like that. There is some more writing on the back cover, suggesting that the owner went to London as well. (The time is not far off when only a few historians will be able to read cursive text.) 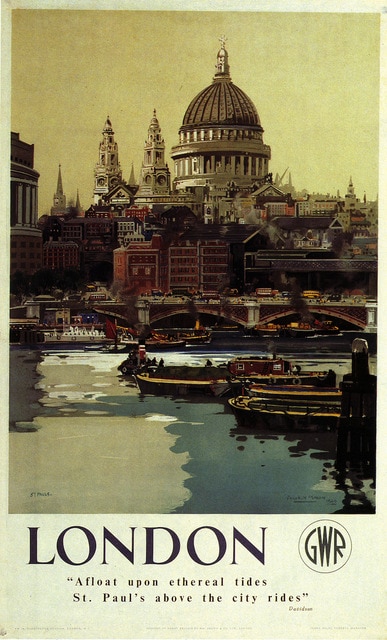 A Pictorial and Descriptive Guide to London Over One Hundred Illustrations Forty-sixth Edition – Revised Published by Ward, Lock & Co. Ltd, London. An ad page has a small notation “London Guide, 1927-28, so I think we can take 1927 as the date of publication.

Guide to London Fifty-ninth Edition (An ad for the Dalbury Hotel, Knyveton Rd Bournemouth says “Please metion Ward Lock’s Guide 1952” so I think we can take that as this edition’s date.) Ward, Lock, & Co. Ltd, London (and Melbourne) 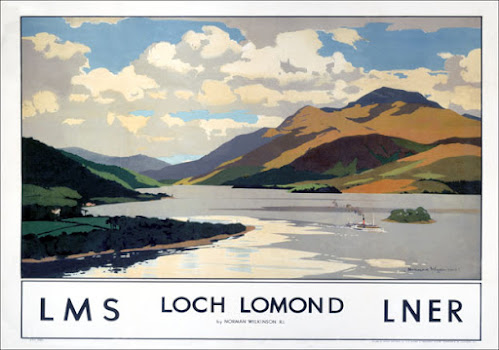 The Blue Guides Scotland (edited by L Russell Muirhead, the son of Findlay?) With a complete Atlas of Sctoland and 34 other Maps and Plans. Third Edition Published by Ernest Been Limited, London 1949 It used to belong to E. L. Wiregert. I carried this book around during my travels in Scotland, in 1973.

A Satchel Guide to Europe A Satchel Guide for the Vacation Tourist in Europe by W. J. Rolfe First Edition for 1913 Published by Houghton Mifflin Company Boston and New York.

There is an intriguing little mystery surrounding this book, so I’m going to go into a little more detail on this book. Consider the photographs below, of the left and right leafs of the Memoranda pages in the back of the book.

I’ll save you squinting at the photos. The entry starts on the right hand page and goes backwards to the left hand page. The title reads “Proposed Itinerary (JGE)” and in the corner above it “Aug- Sept 1914”

It then has a proposed itinerary starting with “Aug 19 – Wen – Hamburg” and JGE then spends the next two weeks visiting the various German cities before ending up in Rotterdam on Sept. 3. From there its on to Brussels, and then London on Sept 6th. JGE then proposes to spend the next two and a half weeks exploring England, including Cambridge, the Lake District, Liverpool, Southern England, and back to London, and Southampton, no doubt to catch a steamer home.

World War l started on the Western Front on August 3, 1914. So what happened to poor JGE’s Grand Tour? He or she wouldn’t have been on the steamer when the war broke out, and no doubt the winds of war were already being felt in America weeks before, so it seems unlikely that her or she would ever board a steamer for a Germany at war – if there still was passenger service to Germany (unlikely). And so it seems that the Grand Tour never happened, as there are no other notations in the book to suggest that it was merely postponed six or more years. I can almost feel the frustration and sadness of JGE, as his or her dream of trip of a lifetime goes up in the smoke of a senseless war. Life isn’t fair. 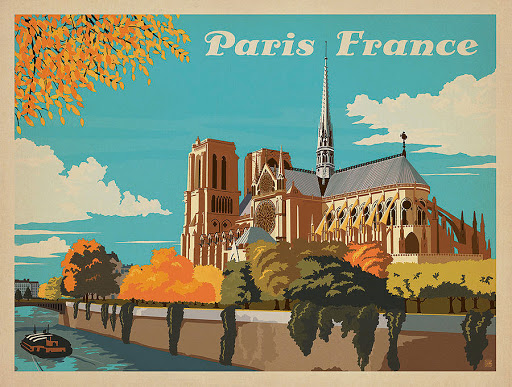 This one is mine. I picked it up during my Grand Touring of Britain in 1973, making it now 47 years old. Old. In the days before cellphones and GPS a book like this – a street map book of all of London --  in your back pocket was essential to not getting hopelessly lost. Alas, today, the print has gotten too small for it ever to be useful to me again… 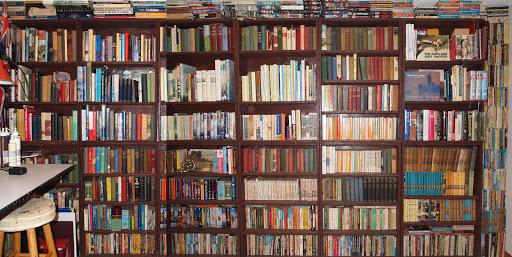 Posted by Charles Litka at 6:18 PM