The Prisoner of Cimlye is Now Available! 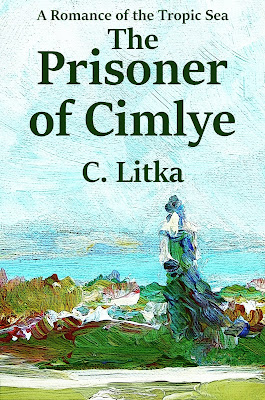 I am happy to announce that the sequel/epilogue to Sailing to Redoubt, The Prisoner of Cimlye has been released via Smashwords, Google Play, and Amazon on 2 April 2020. My kind beta readers returned their corrections very promptly and everything else went along without a hitch, so I was able to release this book well before the time frame I had originally envisioned.

The Prisoner of Cimlye ebook verion is priced at FREE on Smashwords (Apple, Kobo, & B & N), and Google Play. It is currently priced at $.99 on Amazon. We'll see if they will price match the FREE price once all the other editions are up and can be linked to. I will update this post if they do.

The trade paperback version will also be available for $9.00 from Amazon and other booksellers.

As for the story told in The Prisoner of Cimlye:

As did the hopes of Sella, Lessie, the Meys, and Taef Lang.

The Prisoner of Cimlye, a novel of some 54,000 words, is the sequel to Sailing to Redoubt. It takes up the story of Sella, Lessie, and Taef six months after the end of that first Tropic Sea novel, and ties up many of the loose ends left dangling at the close of that story.

For instance, was Lieutenant Taef Lang able to convince his commanding officer that duty required him to spend several months sailing the Tropic Sea in a 12 meter yacht with two beautiful girls – the delightful Sella and her twin sister, the less than delightful Lessie? And what did that powerful premonition Taef felt when the dour Lessie shyly waved goodbye to him foreshadow? And, of course, how did the governments of the three continents of the world react to the message that they carried back from Redoubt Island? Indeed, were Sella and Lessie able to convince their angry Grandfather to forgive them for so often making a fool of him, and welcome the new age that that message promised?


The answers to these and many other questions and mysteries can be found in the pages of The Prisoner of Cimlye, A Romance of the Tropic Sea.

I would like to thank my proof and beta readers for their work in making this book possible; Sally Litka, Hannes Bimbacher, Dale Shamp, Joe Saur, and Walt. Thank you, I appreciate all that you have contributed to making this book the best that it can be.

Posted by Charles Litka at 6:31 AM