Are Indie-published Ebooks the New Pulps? 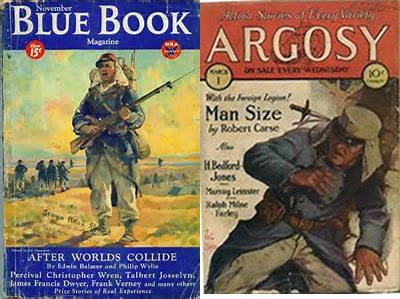 Indie-publishing may be a very different beast than most people give it credit for. Its readership and reader expectations differ significantly from those of traditional publishing. It might pay to view ebooks, and especially indie-publishing, not as the 21st century version of traditional book publishing, but as the 21st century version of the fiction magazine – the “pulps” of the past. If this is the case, then ebooks may not be the future of book publishing, but rather, destined to remain a semi-autonomous niche market. Far fetched? Let's look at the many parallels between the pulps and indie-publishing so that you can decide for yourself.

The pulp magazines of the first half of the last century were "cheap reads," like the indie-published ebooks today. In the pulp era, when hardcover books cost between $2 to $3, with the cheaper reprints at a $1, most pulp magazines sold for $.10 to $.20. Today, with hardcover books' cover price in the $20 to $30 range, and traditionally published ebooks running $12 to $16, most indie-published ebooks cost between $1 and $5; priced just like the pulps when compared to traditionally published books, and aimed at same, budget conscious readers. The similarities, however, go much deeper than just price. 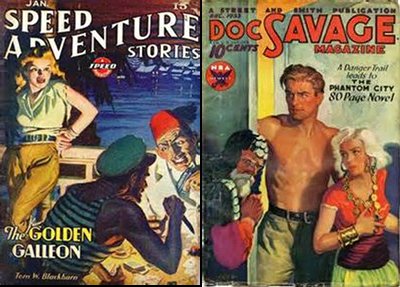 And like the pulps, indie-publishing, with it's low overhead and cheap, ebook format, can profitably serve niche markets; markets too small, or too controversial, for traditional publishers to bother with. In addition, many indie-authors, like pulp publishers, often make slim profits on each issue, but enough to keep cranking out titles year after year.

The similarities extend beyond price, volume, and profits. It's reflected in content as well. As I mentioned above, the pulps offered stories for every reader, every interest and taste. There were pulp magazines devoted to railroads, air planes, submarines, zeppelins, ships and the sea, cowboys, detectives, gangsters, science fiction, fantasy, horror, boxing, sports, and all types of romance stories. Indie-published ebooks offer the same sweeping spectrum of stories for every taste, no matter how obscure.

The distribution model of pulps and ebooks also share the distinction that, unlike traditionally published books, you're not likely to find them in bookstores. The pulps were sold on newsstands, in drug stores, and in other non-traditional book venues. Today indie-ebooks, POD print books, and audio books are mostly sold online, rarely finding their way into bookstores. 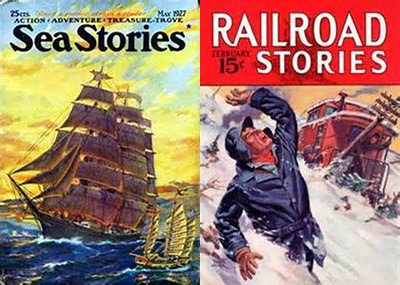 Indie-ebooks and pulps share more than just a similar market. Their subject matter, writing styles, and writing philosophy are very similar as well. Of course there is a wide variety of small press and indie-published books, many of which don't follow the pulp formula, yet it seems that many of the most successful ones do. Readers of both the pulps, and indie-published ebooks, tend to be story orientated readers rather than style orientated ones. The great secret in publishing is that many readers are not all that fussy when it comes to how stories are written. If the story draws them in, and they find it entertaining, they'll turn a blind eye to how well it's written. “Pot boilers” have always sold well. Moreover, not only do readers value stories more than writing, they like the familiar. Stories written in familiar formulas are welcomed, rather than despised. Much of the advice given to aspiring indie-writers promote the pulp, formula of writing. Give them stories you know they like – research your market. Write fast, one draft if you can. Write short, 50K word novels, short novellas, and short stories. Publish frequently to keep readers engaged. Find a formula that works and stick with it. And write series, where not only the formula, but the characters are familiar. I'm not saying that this style is universal in indie-writing, only that it makes up a good portion of the commercially successful indie-ebooks exactly because it appeals to the same type of reader that was attracted to the pulps in their day. 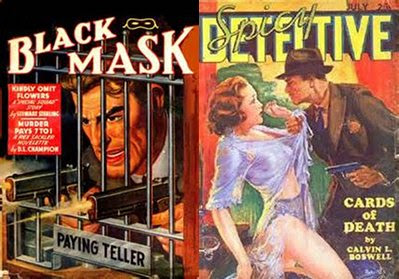 Some pulp writers, like indie-writers, found great commercially success, despite the fact that neither the pulps or indies stories are reviewed in the mainstream media. In the hay day of pulps, there were pulp writers making movie star incomes, just as there are millionaire indie-writers today. And, like today's indie-authors, many new writers wrote for the pulps before moving on (or “up”) to traditional publishing – just like the many successful indie-writers do today. Conan Doyle, Edgar Rice Burroughs, P G Wodehouse, Raymond Chandler, Ray Bradbury, and H P Lovecraft, just to name a few started their careers writing for the pulps. Like their modern counterparts, pulp writers sold their work in many formats from traditional books to Hollywood screen plays, like today's hybrid writers and indie-writers who diversify into POD books and audio books. The first Tarzan movie came out only a few years after it appeared in the pulps, like The Martian today. This entrepreneur spirit, is a feature of both the successful pulp and indie author
.
There are, of course, many differences as well. Pulp writers, for example, wrote for a much smaller audience – pulp magazine editors. The magazines offered an established brand and provided services like editing and story guidance, ideas, proofreading, and marketing at no charge to the writer. The magazines, being anthologies, helped new writers reach readers and convey credibility by their association with both the magazine and its more well known contributors. These days, indie-authors must pay for many of these services out of pockets– and bear the financial risks involved in publishing as well. 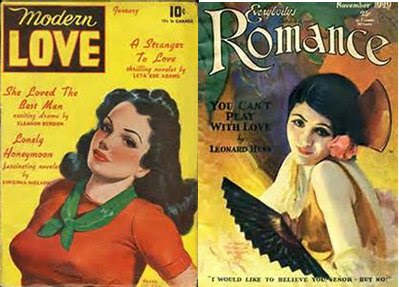 Despite the differences, it seems to me that the indie-publisher today is the direct descendant of pulp writers of the past. And that their markets are functionally the same. If that is the case, then the indie-published ebook market should be viewed as something distinct and different from the tradition print book market – not only in form, but in function as well.

Well, for the indie-writer it may mean looking at their business a bit differently, since it's a different tradition with, perhaps, a different future than traditional book publishing. Traditional book publishers might want to take a hard look at their position in that market with a historical perspective. They co-existed with, and survived long after the pulp market died off. They may not be able to outlive the indie-ebook market, but they can almost certainly co-exist with it. 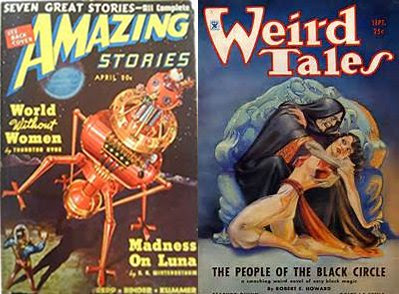 The question then arises, do they need to compete in the ebook market at all? They left the pulps be pulps, so could they not turn a blind eye on ebook publishing as well? Given that they make something like 1/3rd of their incomes comes from ebooks, the answer might be a “No!” – if it meant abandoning that income entirely. But does it? If a publisher has a stable of proven, popular authors, wouldn't these authors draw most of their readers back to the print, if that was their only option (at least on first release)? How many ebook customers of traditionally published ebooks are entirely committed to reading ebooks and only ebooks? Is there not still time to draw a line between “books” in paper, and indie-published ebooks or in effect,“ePulps”?

Given that the (discounted) price of the paper edition is not much more than the agency ebook price, any resistance to this change would likely arise only from the format rather than price. I would argue that as of today, that risk seems modest. So, with the modest risk of leaving a few customers behind, traditional book publishers would create the opportunity of redefining both ebooks and print books. By exiting the ebook market, at least for hardcover and trade paperbacks, they could then draw a bold line in the sand. They could then make the case (rightly or wrongly) that there is a clear distinction between “real,” traditionally published authors, who write “real” books that are carefully selected and edited for a quality reading experience, vs the non-curated indie-published, “ePulps”, rejected stories written by beginners and amateurs, and published in great numbers on the cheap. And by removing their hardcover and trade paperback library from their ebook offering, they would drive business back into the business they know best – paper publishing. 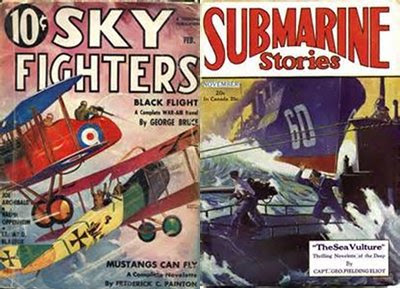 Still, they need not abandon the ebook market entirely. They could release the ebook versions of their “real” books a month or two after the book's mass market paperback release, priced competitively with indie ebooks, say $5.99 or less. In this way they would eventually reach every potential customer; from the eager hardcover buyer to the budget reader willing to wait for the cheap ebook, without diluting the idea that traditionally published books are fundamentally different from indie-published “ePulps.”

While I'm playing the devil's advocate here as far as what traditional publishers might think and do in the ebook market, I feel comparing indie-publishing to pulps is valid. A lot of people think the big five publishers are shooting themselves in the foot with their high prices for ebooks, but they may just be too timid. Yes, the higher prices set them apart from the indies, but by withdrawing their newest, most in-demand books, they might make that distinction even sharper. In the past there was a distinction between “pulp writers” and “paperback writers” and published authors of "books." Fair or not, they could make that distinction again, and reinforce it by keeping their authors out of the indie-writers' ebook market, and perhaps secure a mindset for their paper books for many decades to come. 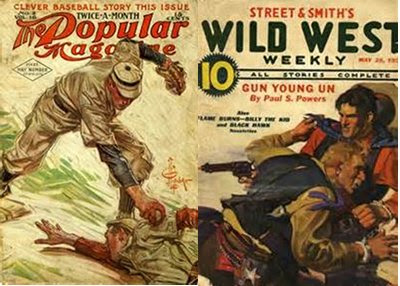 There are many people who say that ebooks are the books of the future, and if traditional publishers don't embrace change, they are doomed for irrelevance down the road. I'm old enough to know, that, even if they are right, it's unlikely happen before we're all driving flying cars. And when you consider that cassettes, eight-track, CDs, itunes, and streaming music services haven't managed to push vinyl records into the dumpster of history (They're Back!), I have to believe that paper books have a long, long future ahead of them no matter what. Indeed, since ebooks are dependent on digital technology, which changes very rapidly, I'd say that one should wonder more about the staying power of ebooks than that of paper books.

For information on the pulps I consulted The Pulps, Fifty Years of American Pop Culture, edited by Tony Goodstone, researched consultant: Sam Moskowitz 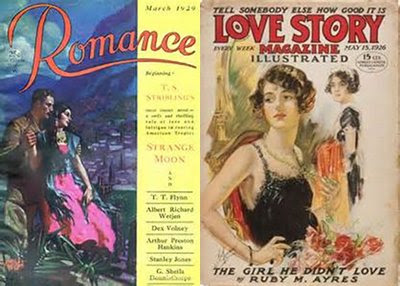 Posted by Charles Litka at 1:09 PM