Since I’ve taken some time off from writing, I’ve been spending my time doing other things. One of my major projects this week was to rework the covers for my older paperback books, A Summer in Amber, Some Day Day, The Bright Black Sea, The Lost Star’s Sea, Beneath the Lanterns, and Sailing to Redoubt. I wanted to bring them in line with my more recent covers, i.e. without the title boxes. I have the process of creating covers pretty well down, and having old covers around that I could just drop the new artwork over for the final step before making a PDF of the cover, saves a lot of time. Still, it served to pass a few hours over the course of a couple of days. 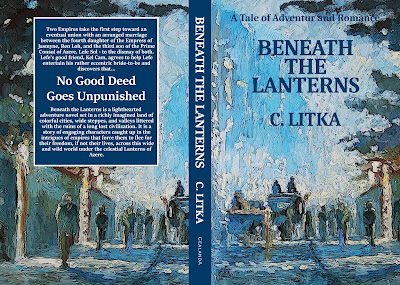 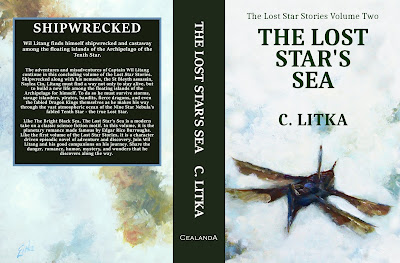 The Lost Star’s Sea paper edition received new cover artwork (above) and its ebook edition got a new, smaller, title font. Both editions of Sailing to Redoubt now have an island in the background (below). 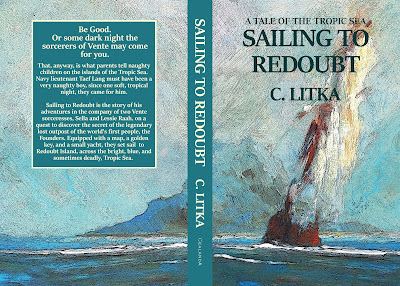 Eliminated the box for the titles on all my books now, though this cover might be too hard to read as a thumbnail for the ebook, so I'm keeping the ebook cover different 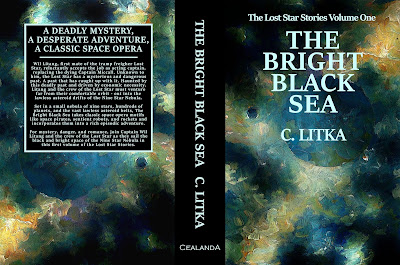 Good copies of these had been uploaded to Amazon before I decided that I needed to backup all my files. Instead of doing it one by one, I tried to do it all at once, and somehow lost the entire folder of all my files for my books when I interrupted the process. I have backup files, but I was lazy and did not back up the art for the latest covers, so the files for the newest covers seem to be beyond hope. Now, if all goes well, I won’t need those files again, but losing them was enough to tear my hair out in frustration. If I had any. UPDATE: The entire file showed up today in the recycle bin and is restored, so all is good. Still don't have any hair.

Looking ahead, next week should be a big week. The ebook edition of Shadows of an Iron Kingdom will be released on Thursday, 15 July 2021. Amazon also informed us that next week the Vella program will launch – with 20 episodes of my The Starfaring Life included. I have very low expectations, so I pretty certain that I won’t be disappointed, and I’m not certain I really want to be surprised either. I guess it will be what it is, and we’ll know soon enough. 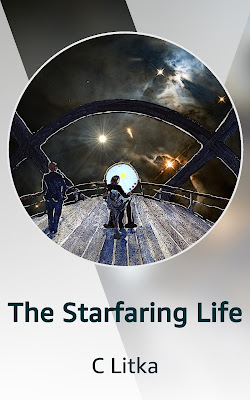 Posted by Charles Litka at 5:58 PM