A Return to the Nine Star Nebula 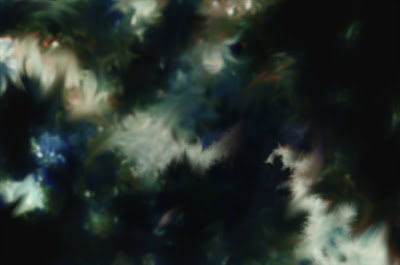 I’m delighted to announce that my next novel will mark a return to the setting of The Bright Black Sea -- the Nine Star Nebla. And it's coming soon!

It is a speculative fiction/cozy mystery set mostly on a terraformed moon in the “wild” Alantzia Solar System, a system that has the reputation of being more of a drift system than a Unity one.

With the first draft now completed, I’m thinking that a release in late November or early December 2020 is very possible.

Getting a complete first draft is, for me, the hardest part of writing. I’ve started and not finished enough stories to know that I dare not say anything about a story until I’ve written it from beginning to end. Once I have a story that works from beginning to end, I can relax and go back over it several times to find the best words and ways to tell the story I’ve written.

This story is a good example of the both abandoning a story, and completing one, since the story uses the opening chapter and setting from an abandoned story. That story idea was rather unfocused – it was to be my tribute to all the Joseph Lincoln stories I’ve enjoyed. In fact I think this may be the third attempt at that story. But this time around, by focusing on a much smaller story, one that spans less than two weeks at it heart, I was able to write the first draft in less than six weeks. And I think much of that success can be attributed to the fact that I no longer care about hitting a certain word count. The story will be as long or as short as it takes for me to tell it in the way I want. And that, I find, is very liberating.

Stay tuned for more about The Tzaritsa Moon Mystery in the coming weeks. 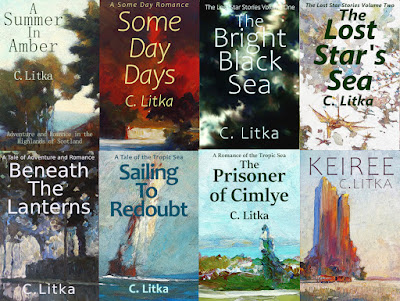 Posted by Charles Litka at 5:21 PM