The Prisoner of Cimlye Cover 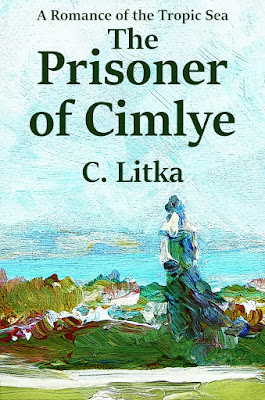 This is the cover for my 2020 novel, The Prisoner of Cimlye. The story is an epilogue, rather than a full sequel, to my last novel, Sailing To Redoubt. Though I left a lot of threads dangling at the end of that story, I had hoped tie them up one day with a sequel since I had a great deal of fun with those characters. But the more I thought about a sequel, the more I came to realized that I could not write a realistic story that would  rival their adventures in Sailing to Redoubt. However, there remained a small story that I could, and needed to tell. This is that story. It is a shortish novel at around 51,000 words in its second draft. I expect to release it in May 2020. Stay turned for further updates.
Posted by Charles Litka at 10:39 AM