Yes, again. Why? Well, why not? I had a week with no writing scheduled, and nothing better to do.

Actually, there is a reason why I had to made new covers. And that is that I wanted to make my trade paperback books a little smaller than what they are now, at 6x 9” which Amazon said was the most popular. Maybe, but I suspect not for fiction. At any rate, I don’t have many trade paperbacks, but they are all smaller. And I’m told that the cool kids don’t have glossy covers, as well… So I thought I’d update my paperback books, because, well, why not?

The inciting incident for this project is the merger of Smashwords with Draft2Digital. Draft2Digital has their own print on demand service, and I thought that I would re-release my paperback versions with them, with an idea of seeing if I could get them into SF bookshops. Amazon is not popular with bookshops, so that getting books from other source might help get my books into the shops. It’s a summer/long term project.

Of course, changing the book size from 6x9” to 8.25x8” means that every book has to be entirely re-worked. However the process is the same for all, so it made sense to automate the process as much as possible. I found that I could simply change the page size and margins in the existing file, rather than start fresh. However, for some reason the six to eight title pages did not change size with the text pages and had to be changed in a separate operation, which was a hassle for some of the books. For some of the books I had to change the font size for the text to either fit or look appropriate. And I had to go through every book to format chapters and make sure everything worked. Once that was all done, and I had page counts, I could go to Amazon and determine the size of cover I would need – the front and back covers are the same, but the width of the spine changes with the page count, so that the cover template is different for each book. Once I recorded this data for all ten books, I created a blank template for each book, a blank spine for each book, and then a standard title box and back cover info box that I had decided I would use across the board.

With these new covers, I am returning to the style of covers I had until to a couple of years ago. Which is to say, a cover with the title and author’s name in a box over the cover art. However, whereas in those old covers, the box size and shaped changed from title to title, this time around, the title box will be standardized across all my books.

My inspiration for this style of cover comes from a series of English mysteries “British Library Crime Classics” published by Poisoned Pen Press. Below are several samples of the covers. (Actually a lot of samples, because I love these covers.) While I really like the travel/train poster style of art that a lot of them sport, I also like the understated simplicity of the cover design as well. So that is the style I adopted. 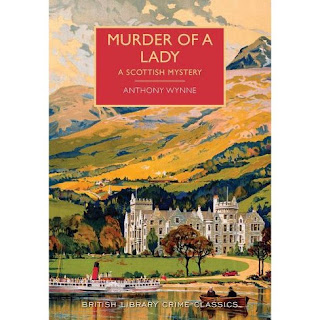 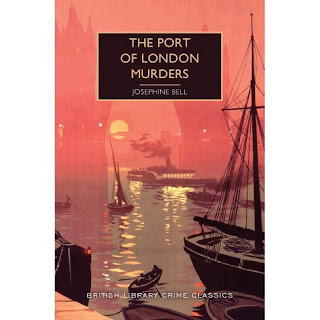 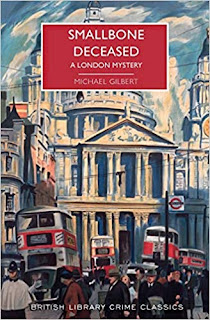 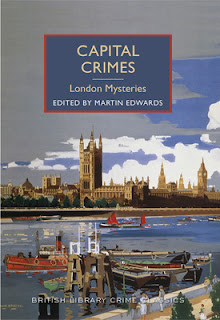 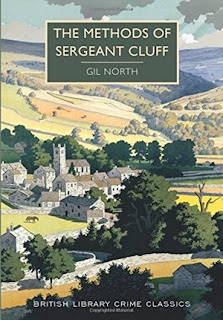 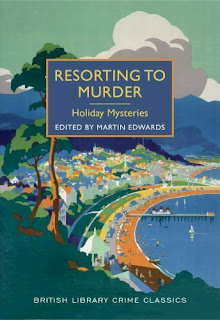 I also took the opportunity to change some of the cover art. Sailing to Redoubt gets a more colorful cover, a painting of mine of the little Tropic Sea island of Lil Lon. The Secrets of Valsummer House looses the rather static picture of Valsummer House, and gets a very minimalist treatment seaside painting. The Lost Star’s Sea has a simpler floating boat design. The Bright Black Sea sees the return of its first artwork with the color reworked. And the existing artwork that remains on the other books get re-worked as well. There is at least one book whose cover I would like to change, so we’ll see if I can either find an old work of mine or paint a new one for it.

Since this is, as I said, a summer project, I won’t be changing the covers right away. I’ll give myself time to come back to them and make sure I like them before changing the ebook covers to match the paper ones. And I am waiting on the Smashwords, Draft2Digital merger to access their print on demand service, for the paper books. Though I might switch over the Amazon books as well, Why not?

So to tease the new cover design, below is a sample of the new The Secrets of Valsummer House paperback cover. 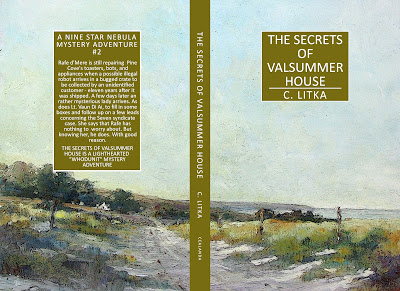 Posted by Charles Litka at 6:35 AM