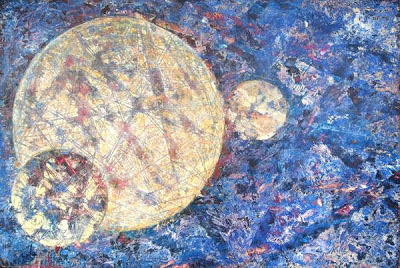 I’ve recently come to accept that I’m not really a card carrying fan of science fiction, nor a true science fiction writer. This realization has evolved as I’ve read more about science fiction and its history and it came to a head recently after reading Astounding: John W Campbell, Isaac Asimov, Robert A Heinlein, L Robert Hubbard, and the Golden age of Science Fiction by Alec Nevala-Lee.

However, to begin at the beginning, for the last year or so I have been a regular reader of these web sites:

These web sites feature articles and reviews about new science fiction, and discussions about what science fiction is. From their blurbs and reviews I’ve found few, if any, new books to spark my interest. This may be as it should be. Science fiction should constantly evolve with the times. It has, but I haven't. Of course there are readers my age who still enjoy new science fiction; people who have evolved with it. But it seems that  I’ve been drifting away from it for more than 40 years.

They also run series that revisit books from my prime science fiction years in the 1960’s. Often, when I read these reviews, I'm left wondering what it was that I loved about them. And, with a few exceptions, when I try rereading books from that era – I still have all of them – I can’t see past their deficiencies to recapture the magic. I no longer have the necessary youthful imagination. It seems that I’ve grown up.

One key thing I have learned is that I missed the heart of science fiction. I never read sf magazines and passed on short story collections. Short stories are simply not my cup of tea. I like stories about people, not visions, concepts, or gadgets wrapped in a veneer of a story. Plus, even if a short story features characters, the length is too short to do them justice. Still, it is said that the short story is science fiction's true medium with ideas and concepts its defining feature, neither of which I care about.

So, all in all, it seems that a surprising amount of science fiction never has appeal to me. Indeed, while writing this blog post I looked up three “100 best science fiction books” lists. I knew I read only a handful of short stories, but how about novels? On two of the lists I read 16 of the 100 and on one, just 6. Clearly I have not been doing my homework.

And finally, we come back around to Astounding, et al. This book tells the story of the pulp magazine Astounding under the editorship of John W Campbell, and his three most important writers, by telling each of their life stories. It shows them to have been very strange and flawed men. Writers may often be strange, but what is so sad about these men, for me, was their delusions of greatness. They were just pulp writers churning out stories mostly for teenage boys. But they saw themselves as something far grander; visionary giants who were leading the world into a bright future with their grand visions and the strange theories. It makes for an interesting, but rather sad, story. I'd be embarrassed to call the Campbell's Astounding era the “Golden Age” of science fiction.

So, all in all, I think that in my old age, I will retire my lifelong goal of writing science fiction. I will continue to write the type of stories I like. I suppose, like it or not, they will still be considered science fiction, if only because all of them will continue to be set in imaginary worlds. I won’t kick about it, but in my heart, I’m not writing science fiction anymore. I’m writing old fashioned adventure romances that are set in imaginary locales only because that allows me to do whatever I like with them, without having to fit them into real history and real locales. They will be set in imaginary places that I know all about and are all mine.

Posted by Charles Litka at 5:46 PM