The Secrets of Valsummer House Cover 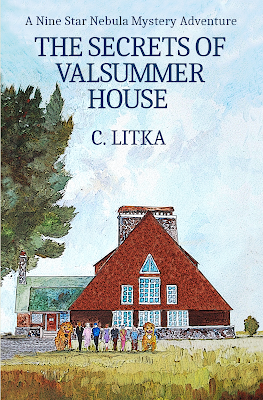 Now that The Secrets of Valsummer House is in the proof/beta reading stage, It is time to tackle the cover art. I have remarked in other post how, after painting several thousand paintings in my life time, I’ve lost the will, the skill, and the enjoyment of painting. Which means that painting a new cover is now a chore, rather than a pleasure Above is my current cover art. (At the time I’m writing this, I haven’t even started it yet, so I don’t know how terrible it is. Yet.) Above is the second version of the cover. At the end of this post I'll post the first more terrible version.

Cover aside, this story is my attempt at writing a straight up old fashioned mystery story. I used to read mysteries.  But I grew weary of them because everyone seemed to involve a murder of one sort or another. Conan Doyle’s wrote delightful Sherlock Holmes mysteries that did not involve solving a murder, but it seems that mystery writers soon grew lazy and decided that the easiest way to make and raise the stakes in the story was to have it involve a murder – and often a series of murders. Maybe this is because mystery readers (and editors) expect, and perhaps even demand, a murders in their mysteries. I don’t know. I do know that very few mystery authors make a mystery out of anything else but some sort of murder. And if they do, they might not even be considered mysteries. Correct me, if I am wrong, for as I said, I stopped reading them decades ago.

One of the reasons why I started writing stories is that I’d occasionally come across books that made me wonder just who in the publishing business owed the writer a big favor. I was certain I could write a better story than some of the traditionally published books I came across. But talk is cheap, and so I set out to see if I could do better. I’d like to think that I have. And in that same vein, I took up the challenge to write a compelling mystery that isn’t about a murder. And to write it like an old fashioned mystery, where finding clues, talking to “suspects”, being misled by red herrings, and the like, take precedence over action scenes. While I consider the first book in this series, The Secret of the Tzarista Moon, a sort of cozy action/mystery story, I wrote this book as a mystery to be solved story. Does it work without a murder? We’ll see…

Look for The Secrets of Valsummer House on 18 March 2021, or shortly after, in all the usual ebook stores. 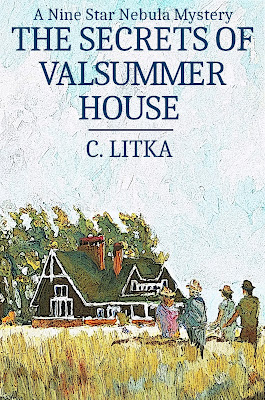 Posted by Charles Litka at 6:33 AM