What's up with the Lost Star's Sea? 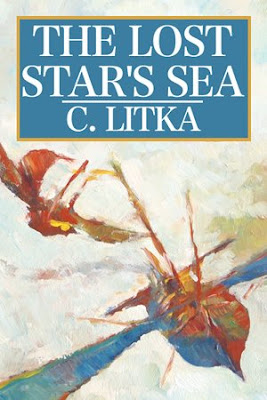 The short answer is not much. However, as winter closes in, the writing season opens up. Trapped in the house, I have little to distract me from writing. Well, actually I have a lot of things that I could use to distract me, but a lot less in winter than in summer.

To bring you up to date on the project, I can report that the next three episodes, The Shadow Marches, The Mountain of Gold, and The Voyage of the Lora Lake, are nearly completed. Each needs to be read over on my ipad, and polished up a bit before being proof read. Worst come to worst, they would be available for release in 2017. Together they total over 125K words, each running something like 40K words each. (That's about half the size of The Castaways of the Lost Star.) The problem is that while I hope that readers would find each of the stories entertaining, they are very much “Act 2,” which is to say, none of the over-arching issues and mysteries get resolved. Given this, I am very reluctant to release them as I think they would be a disappointing installment in the series. (Which is why I released the Castaways episode as a stand alone one – it at least had a beginning, middle and end – though not the final end.)

The bad news is that up till now I've not been very fired up to embark on writing the final series of episodes. And since writing is not a job for me, I've no pressing reason to write until I'm fired up. I think there's a risk that if the story is written as a job, the lack of enthusiasm might come across in the story. There are, however, two pieces of good news. The first is that I'm slowly getting more fired up to start and I am spending lots of time daydreaming about the story. This is a fairly long process because I generally have to daydream up dozens of versions of every scene to get something that works well. But that's half the fun. There's far more to every story than what gets put into words – plus many alternate histories…

The second bit of good news is that I just completed an 8 page, 6K word outline of the remaining story. I don't need this outline to write the story, but I wanted to set it out just in case the story never get written. While I have no reason to suspect that I'm at death's door, at 66, if I did not wake up tomorrow morning and it would raise few eyebrows. And then there's the chance that I'll never be able to write it for some other reason short of death. In either case, I want you, my readers, to know what happens to Litang and all his friends. And well, I'm also pretty amazed at how it all fell into place. It is my practice to toss a lot of little items into the mix to serve as color and just for the heck of it because they sound interesting, only to discover later on that I could use them as a key feature of the story. Botts is a perfect example. I knew I might be able to use it, but I had no idea how until the perfect time came to introduce him. So, now, when I found that I was able to use a lot of those little things I had tossed in The Bright Black Sea as well as the Castaways to tie up a whole lot of loose ends in the story that I had no idea how, or even if I could, I was pretty proud of myself. And well, I hate to deny you the chance to see how amazingly well I managed to do wrap things up and answer a lot of questions I would've though I might have had to leave hanging should worst come to wrorst. Hopefully you'll get to read the whole story, but at least the truth is out there. Or in my Lost Star's Sea file, anyway.

So the plan is to finish the last half of the story by the end of March. I'm going to try to do a very complete job of the first draft this time around, so that I can cut down on the number of subsequent revisions. Up to now I was more concerned about getting the story down than how it read. I save that part for the next two or three or six revisions. Now I'm hoping to get it down to three – a second run through and then a polishing version. The target date is early fall 2017, about a year from now. I started the third part of The Bright Black Sea at this time and had it out in September, after half a dozen rewrites. So it should be doable, if all goes well.


The Lost Star's Sea will conclude the adventures of Wil Litang.
Posted by Charles Litka at 5:50 PM