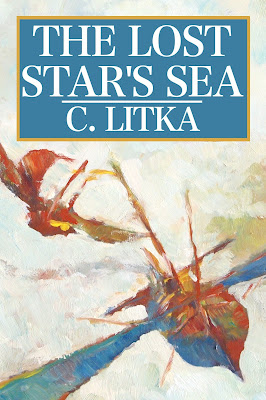 The Lost Star's Sea takes up Wil Litang's story directly after his ill considered return to the Pela. In it he finds himself alive, but castaway in the floating islands and the endless sea of the Archipelago of the Tenth Star. Ill luck or good? It could go either way, but one thing seems all but certain – if he can stay alive long enough, he'll likely have to find a new life in the Pela. However, the "if he can stay alive" part looks very iffy indeed, between a deadly foe, fierce dragons, primitive, savage peoples, pirates, bandits, and beings so strange that they defy explanation.

The Bright Black Sea was my riff on the space operas of the golden age of science fiction. The Lost Star's Sea is my riff on the old planetary adventures of Edgar Rice Burroughs, Jack Vance, and the like. As with The Bright Black Sea, it is rather like a jazz version of an old show tune – familiar, and yet very different, with it's own tempo and style, turning a familiar old standard into something new and unexpected.

Style-wise, it follows the pattern set by The Bright Black Sea – an episodic adventure that takes the reader to new islands of wonder in the company of Wil Litang and the good friends and interesting companions he meets along his way. Once again it is a good long novel, likely ending up 170K to 175K words long and is complete in itself – drawing to a close with no major cliffhangers, but with the promise of more adventures ahead. Ideally it'll eventually have a companion Pela volume, The Endless Sea, but even if all goes well, that title is unlikely to appear for some years down the line. Truth be told, I know exactly one thing you'll not know once you read The Lost Star's Sea, and I don't know what it'll mean. Indeed, I haven't a clue as to what happens to Litang after the ending of this volume.

The complete first draft of this story is complete. The hardest part is astern. Now I'm putting it aside for a month or two before returning with a fresh eye to it to work it into its final form over late spring and the summer. If all goes well, The Lost Star's Sea will be ready to be released late in the summer or early in the fall of 2016.

Posted by Charles Litka at 4:18 PM